On the morning of April 17, 2013, at the Museum of Ho Chi Minh City, a thematic activity “Learning about Singing Idle Balls” was presented by researcher Huynh Ngoc Trang.

Balloon singing is a type of folk ritual performance unique to the South. Singing idle balls is associated with the belief of worshiping the Mother and Goddess during the process of the Vietnamese people’s settlement in the southern land. Most of the beliefs of Mother and Goddess worship in the South are the inheritance and absorption of cultural exchange elements between the Vietnamese, Cham, Hoa and Khmer ethnic groups. Therefore, Southern Balloon Singing is also a type of general ritual performance, which integrates many features of the folk arts of different ethnic groups.

The Museum of Ho Chi Minh City is currently displaying images and documents about the beliefs of Saigon – Ho Chi Minh City from the early 18th century to the present. In combination with the exhibition activities, the City Museum held a talk on learning about Singing Balloons in order to create conditions for city students to understand more about the rich spiritual and cultural life of the Southern people. Ministry, contributing to the preservation and preservation of the traditional cultural identity of the Vietnamese nation.

Attending the seminar, there were 130 students from schools: Ho Chi Minh City College of Culture and Arts, Saigon University and Ho Chi Minh City University of Foreign Languages ​​and Informatics. For nearly two hours, you heard Researcher Huynh Ngoc Trang introduce the content of the type of Balloon Singing, including:

– Some details about beliefs and shrine festivals in Gia Dinh – Saigon.

+ The origin of Singing Balloons.

– Status – She went down to the garden.

Dances in Singing Balloon include the Bong Bong dance, the tray offering and the Toy dance. This is a ceremonial dance. Compared with the first two dances, the Toy dance also has the function of “making fun for Grandma”, but there, the nature of making fun of the festival is somewhat more prominent.

In addition, the students watched the documentary film “Dancing Idle Ball” made by TFS Television Studio – one of the most recent research works of Researcher Huynh Ngoc Trang. The last part of the seminar was really exciting with the exchange between students and speakers. Many of the students’ questions were answered by researcher Huynh Ngoc Trang as well as providing you with more useful information about Singing Balloons.

Some pictures of the thematic activity “Singing Balloons” 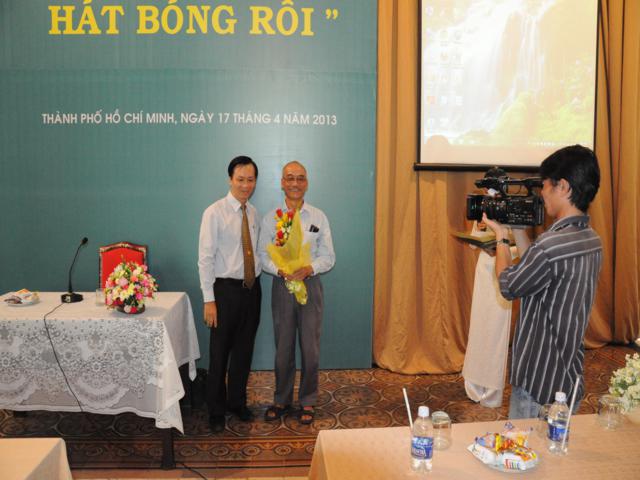 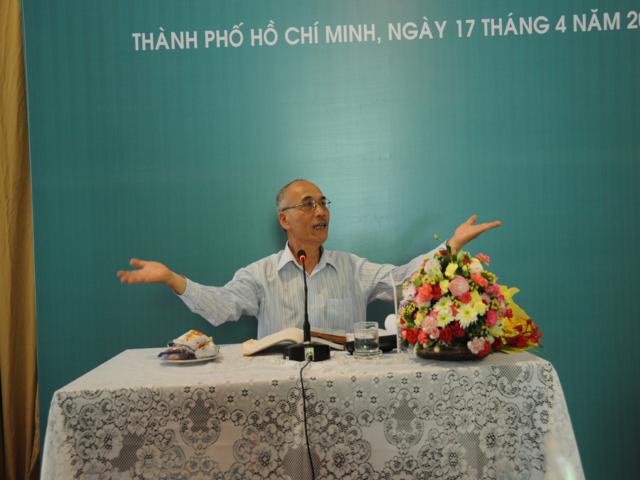 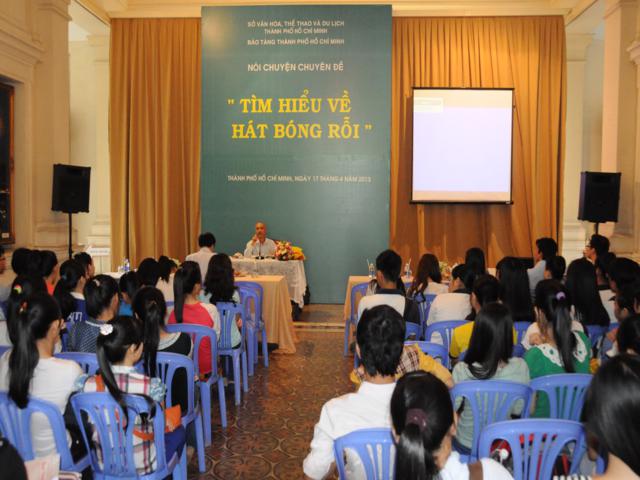