Attending the program were members of the Standing Committee, members of the Executive Committee of the Vietnam Cultural Heritage Association, the Cultural Heritage Association of Ho Chi Minh City; Chapters and clubs are under the Association and the departments and units are under the City Department of Culture and Sports. The program had the participation of a large number of students and students from schools: Lac Long Quan Primary School, Saigon Practice, Saigon University, Ho Chi Minh City University of Culture. Don ca tai tu performance  “Following Uncle Ho’s Will” took place in a solemn and warm atmosphere with the following performances: Sleep Soup for People; Father-son relation; Follow Uncle Ho’s word; Da ancient hoai lang; Vietnam Ho Chi Minh; The city is proud of Uncle Ho’s name,… Through the program, it has helped the young generation understand more about the Southern Art of Don ca tai tu – the representative intangible cultural heritage of humanity, contributing to the protection work. and promote the value of the nation’s cultural heritage in the period of development and integration. 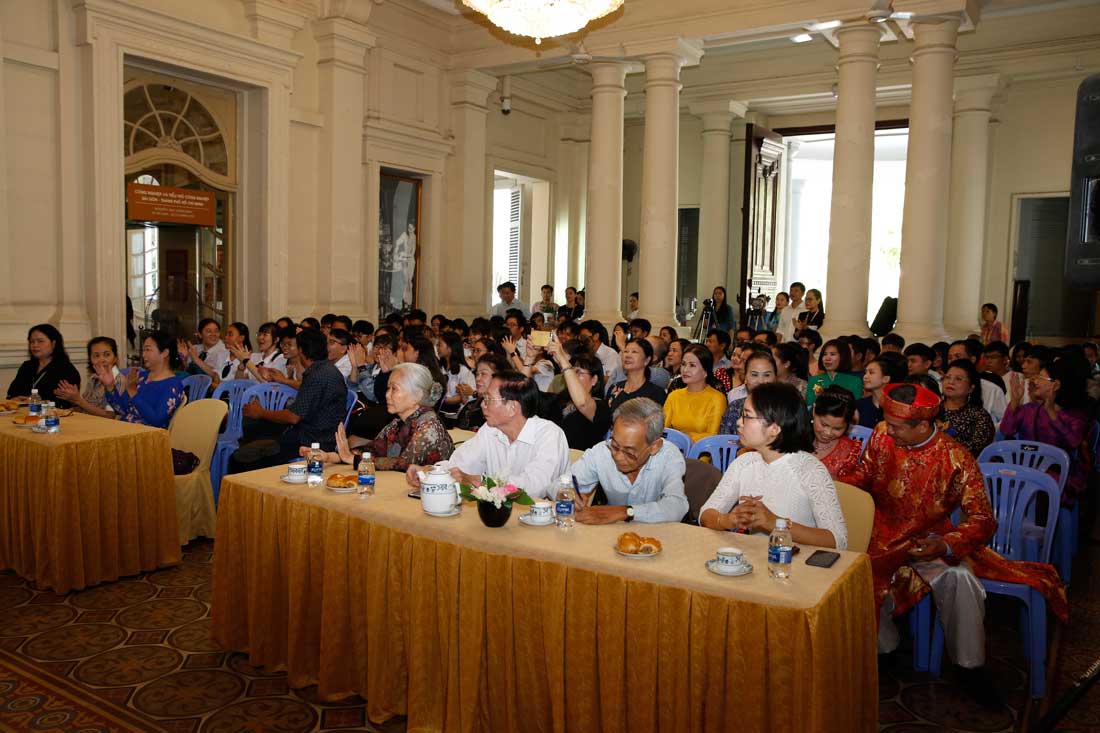 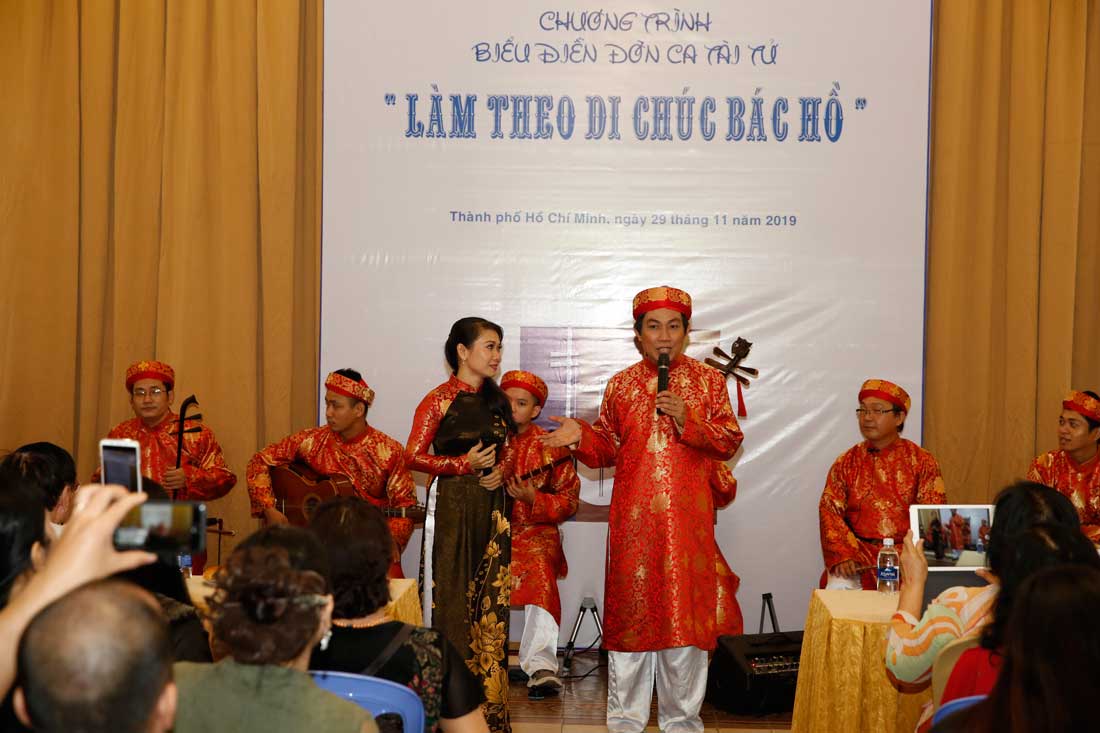 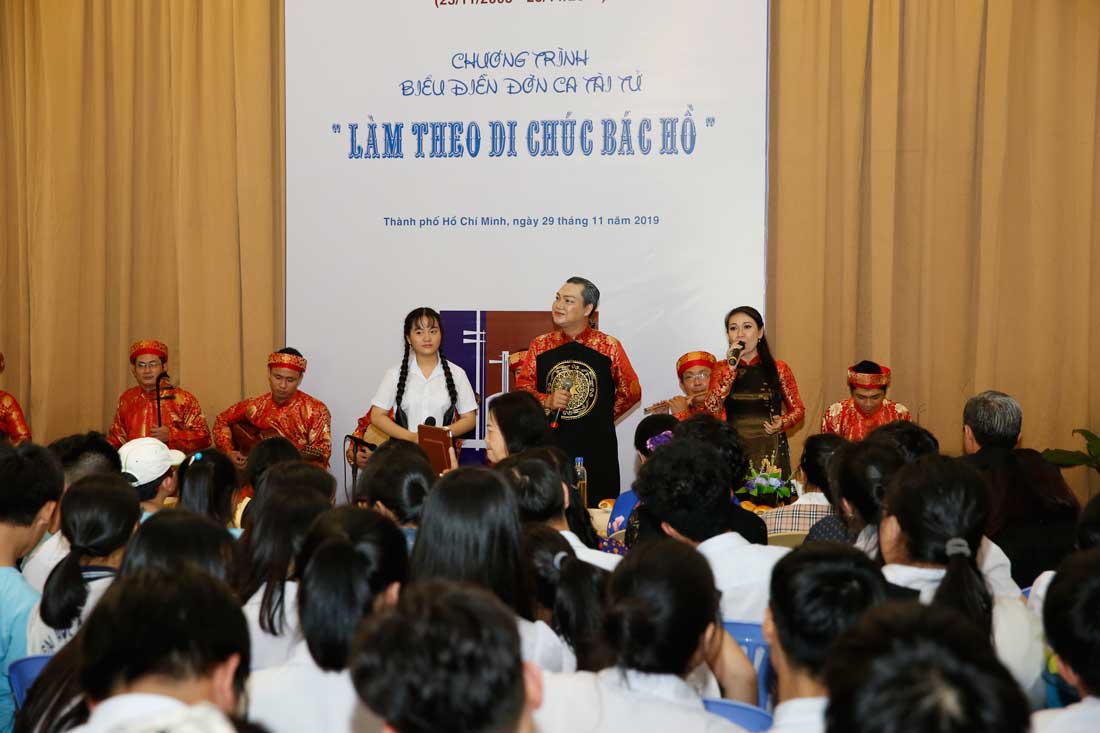 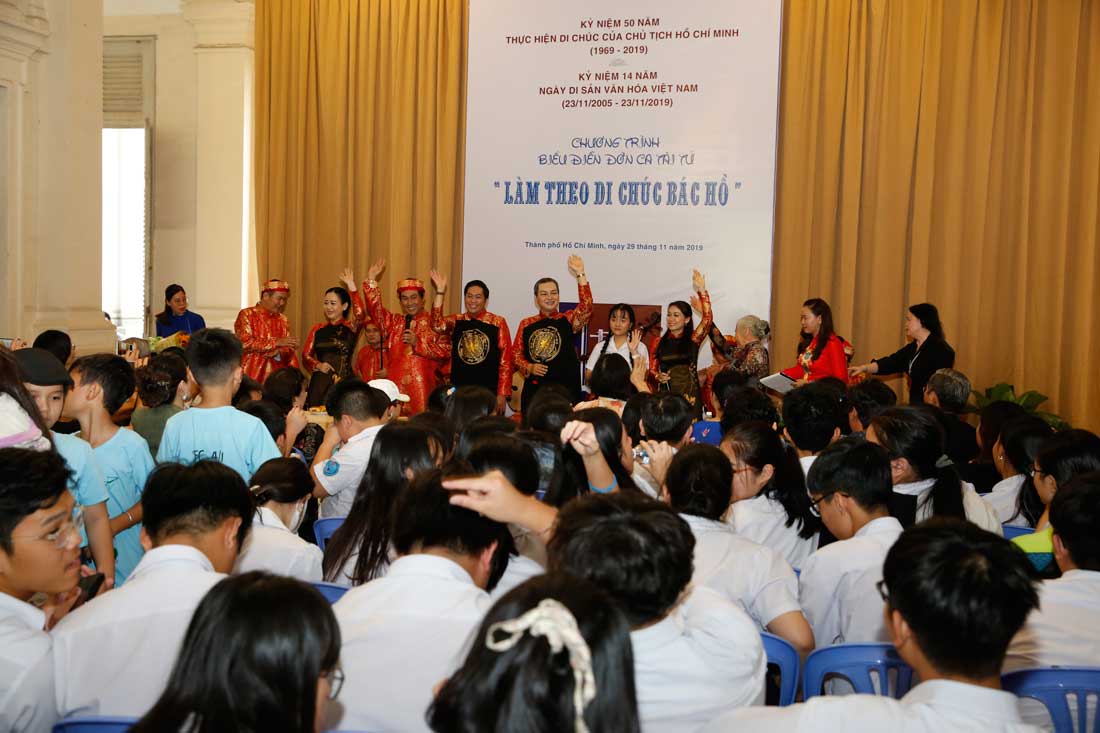