On the occasion of the 60th anniversary of the twinning of the three cities of Hanoi – Hue – Saigon (October 8, 1960 – October 8, 2020), the Department of Culture and Sports of Ho Chi Minh City cooperated with the Center for Heritage Conservation Thang Long Hanoi and Department of Culture and Sports Thua Thien Hue organized thematic exhibition:  “From Thang Long to Phu Xuan, Gia Dinh” . The exhibition introduces 80 typical antiquities along with nearly 200 images, documents and maps that are precious historical sources stored at the Ho Chi Minh City Museum, the Hanoi Thang Long Heritage Conservation Center and the Hanoi Museum. History of Thua Thien Hue. The exhibition consists of four parts:

– Introduction to Thang Long – Hanoi as an important political center of Vietnam for many centuries.

– Imperial Citadel of Thang Long during the Ly – Tran dynasties.

– Imperial Citadel of Thang Long in the Le – Mac dynasties.

– Imperial Citadel of Thang Long under the Nguyen Dynasty.

– The land of Thuan Hoa before being merged into Dai Viet under the Tran dynasty.

– The land of Thuan Hoa under the Nguyen Lords (when Phu Xuan was chosen as the capital of Dang Trong).

– Hue capital under the Nguyen Dynasty.

– The process of expanding the Southern region under the Nguyen Lords.

– The development of the land of Saigon – Ho Chi Minh City in each historical period.

Through the exhibition activities to introduce to visitors about the process of formation, development as well as the changes of three cities: Hanoi is the capital, the political center, the national administrative center, center of culture, science, education, economy and international exchange; Hue is a cultural center, City of heritage, festivals and tourism; Ho Chi Minh City is the leading industrial center, the center of culture, science, education and international exchange.

From Thang Long – Phu Xuan – Gia Dinh to Hanoi – Hue – Saigon (Ho Chi Minh City) have historically become three cultural centers representing the vitality of the roots, of the independent will. , unification of the country; of national unity. Three localities representing the three regions of the North – Central – South held a twinning ceremony on October 8, 1960, at Ba Dinh Club in Hanoi, marking a new milestone of the spirit of solidarity “Ha Noi – Hue – Saigon is a tree of one root, a child of a family; At the same time, it is an eloquent proof of historical necessity, becoming the truth: “Vietnam is one, the Vietnamese people are one”.

Some pictures at the opening ceremony of the exhibition  ” From Thang Long to Phu Xuan, Gia Dinh” : 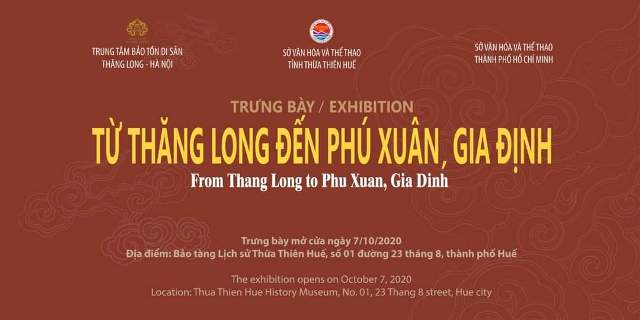 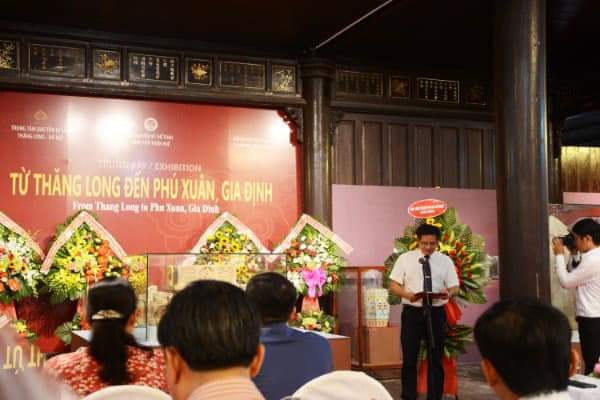 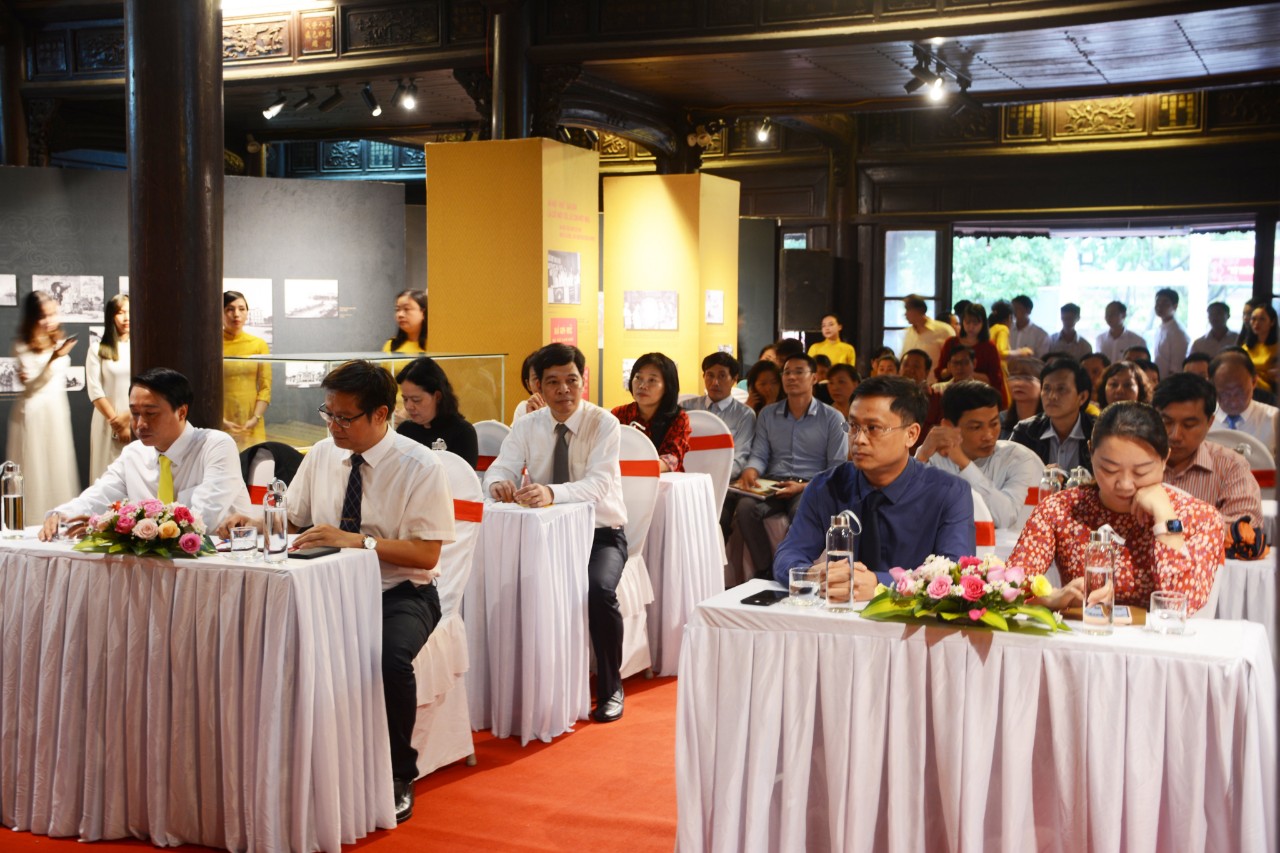 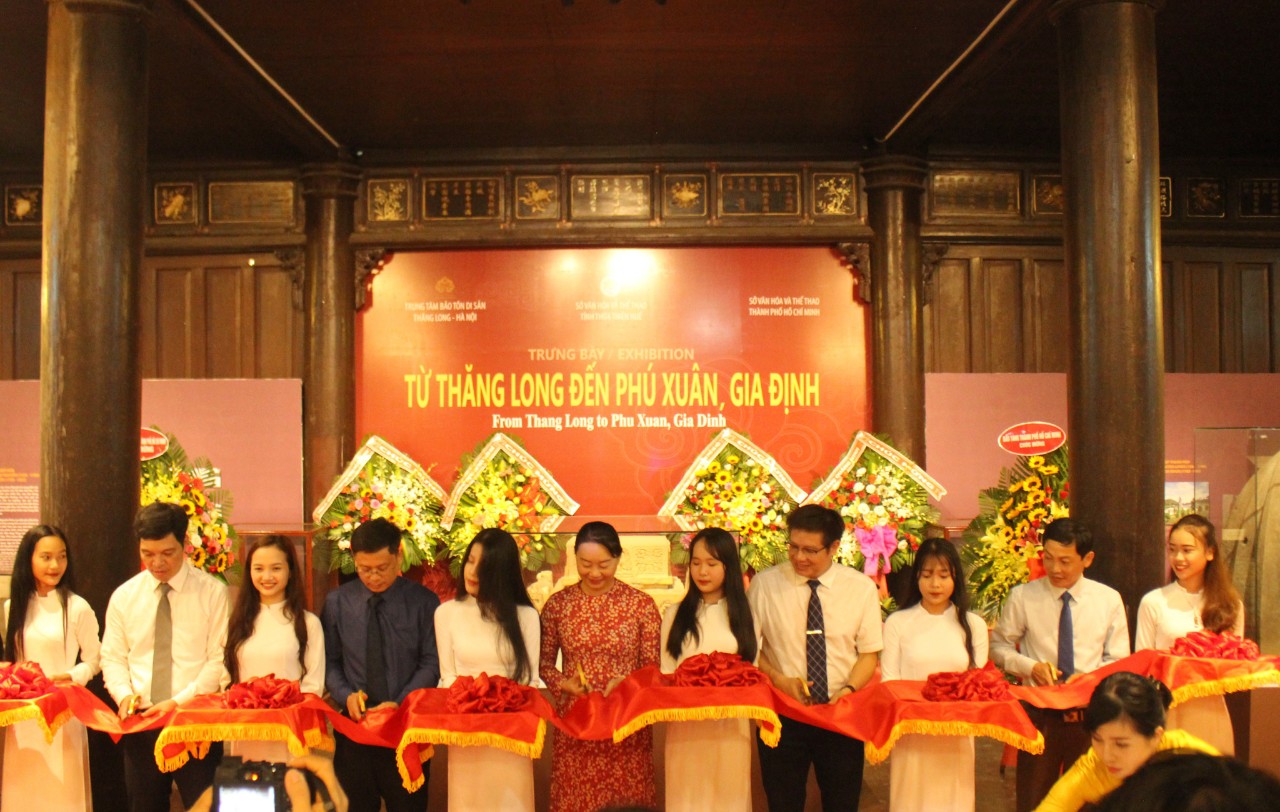